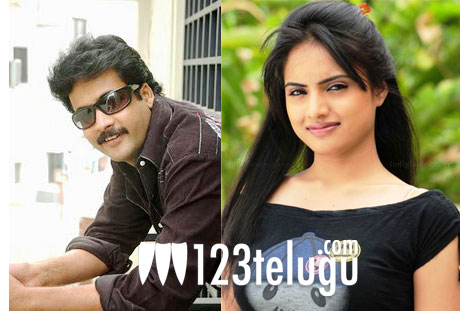 Shivaji has signed a new film to be directed by Manohar Chimmani. Ritu Kaur is his co-star in this untitled film. The regular shooting of this film will begin from January 20. More than 18 comedians are going to be seen in this film and Manohar Chimmanai is planning to wrap up the entire film in a single schedule. Swaraj is composing the music. Krishna and D R Reddy are jointly producing the film. Shivaji, Rajendra Prasad starrer Ayyare is releasing on January 20 after a long delay. The film has been in news after Swami Nityananda accused the makers of the film of taking his life as an inspiration for Rajendra Prasad’s role in the film.