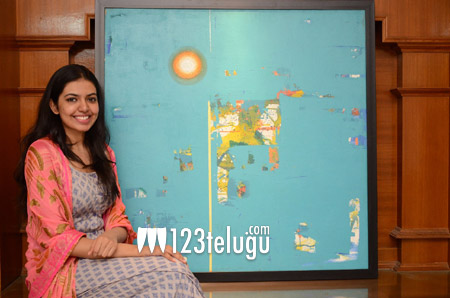 Shivani Rajasekhar, the daughter of hero Rajasekhar is already in the news even before her first film was released. She has involved herself in a very good noble cause and has donated for the Teach For Change initiative which was founded by Chaitanya MRSK, and Manchu Lakshmi.

Going into details, Teach for Change has been organizing a fund-raising event for the past 8 years. Film celebs participate in a ramp walk to support the noble cause and this year, Shivani participated in the event with many other celebs.

Apart from participating, she bought a beautiful piece of art for Rs 1.85 lakhs with her first earning. This money would go to the education of kids which this Teach For Change is sponsoring.

The fund-raiser was held at Hyderabad’s Taj Falaknuma Palace on March 29. Meanwhile, Shivani is all set to make her debut alongside Adivi Sesh with the film 2 States.