Shocking first look and intriguing title for Allari Naresh’s next
Published on Jan 20, 2020 8:12 am IST 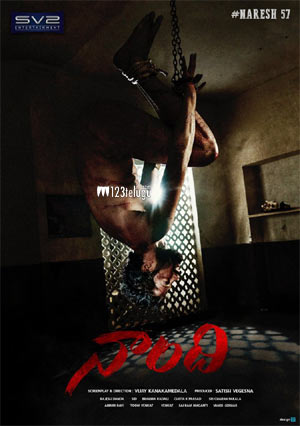 While the title piques everyone’s interest about what the story could be, Allari Naresh’s look certainly leaves his fans shocked. Apparently, he is moving out of his comfort zone and is trying something very unique this time around.

Naandhi features Tamil actress Varalaxmi Sarathkumar as the female lead. Young villain Harish Uttaman also plays a key role in the movie. To be directed by debutant Vijay Kanakamedala, Naandi will be produced by Satish Vegesna under SV2 Entertainment banner. The film will have its formal launch this morning at 10 am at Ramanaidu Studios.