Shocking remuneration for this actress to romance Balayya?
Published on Dec 21, 2019 7:40 am IST 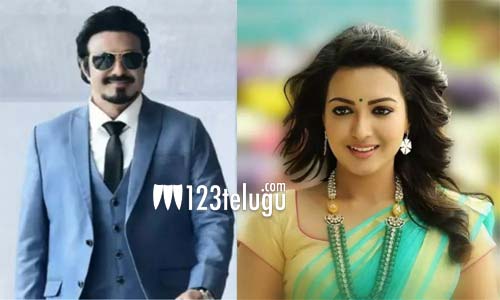 It’s been already reported that Bengaluru actress Catherine Tresa is one of the frontrunners to play the female lead in Balakrishna-Boyapati Srinu’s soon-to-commence film. The film will also feature another lead heroine.

Meanwhile, speculations are rife that the makers of this as-yet-untitled film are shelling out a staggering Rs 1 crore remuneration to rope in Catherine. Needless to say, this is a shocking paycheck for the actress, if the rumors turn out to be real. Catherine has been part of Boyapati Srinu’s previous movies such as Sarrainodu and Jaya Janaki Nayaka and it looks like the director is insisting on casting her for the role.

Miryala Ravinder Reddy is bankrolling this project with a massive budget. Thaman is the film’s music composer. More details about the film’s shoot are awaited.