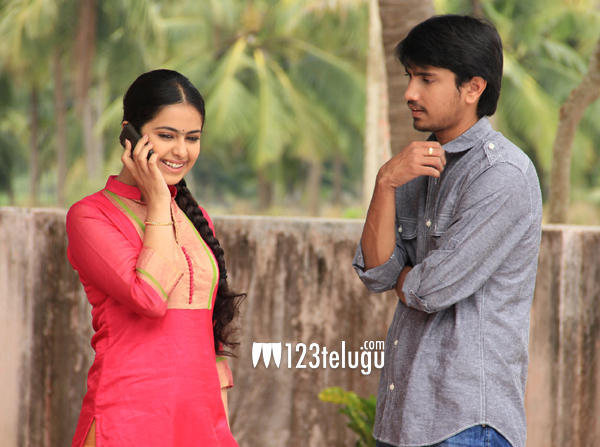 ‘Uyyala Jampala’ is the latest film which has created enough curiosity, thanks to the names of Suresh Babu and Nagarjuna being associated with the film.

P Ram Mohan, who has earlier produced ‘Ashta Chemma’ and ‘Golkonda High School’, has teamed up with Nagarjuna and Suresh Babu to produce this movie as a Joint venture. The first look teaser of the movie was released recently and has been getting appreciation from all corners. The shooting of the movie has been completed and post production activities are going on presently. The audio launch of the movie will take place this month and makers are planning to release the movie soon.

Raj Tharun and Anandhi are making their debut with this movie. Virinchi Varma is marking his debut as the director of the film and Sunny has composed the music of the film.