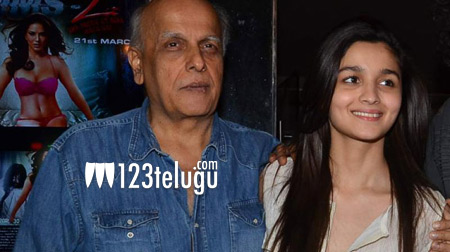 Sandeep Sahu, a 27-year-old shopkeeper from Lucknow, was arrested by a special task force of the Uttar Pradesh police department for extortion and threatening Mahesh Bhatt and Alia Bhatt few days ago.

On February 26, the youngster began making calls and sending text messages to the acclaimed director. Initially, he thought it was a prank call, but, apparently, later on messages began to appear that if he doesn’t pay him a huge sum of money, then he’ll fire several rounds of bullets into Alia Bhatt and wife Soni.

When the Mumbai police contacted UP police about the extortion calls, the special task force managed to trace Sahu within a short time and they found out that he was an aspiring actor. Apparently, Sahu told the police officials that he was in a deep financial crisis and didn’t know what else to do to make money.