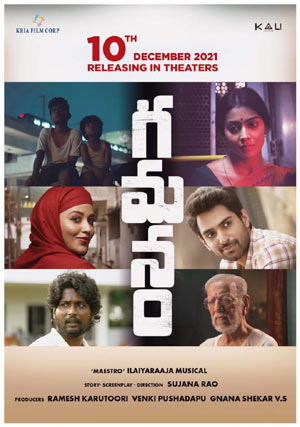 Popular actresses Shriya Saran and Nithya Menen’s female-centric multi-lingual pan-India film, Gamanam, had its theatrical trailers launched by Pawan Kalyan, Shivarajkumar, Fahadh Faasil, Jayam Ravi and Sonu Sood a few months ago. The makers today announced that the film will be opening in cinemas on December 10. However, only the Telugu version will be hitting the big screens on the opening day.