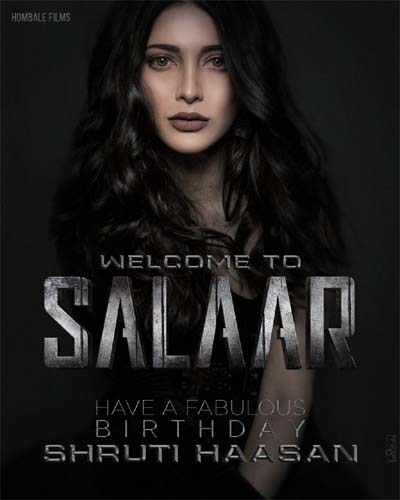 For the first time, Chennai girl Shruti Haasan is sharing screen space with Prabhas. The star heroine recently wrapped up a crucial schedule for the pan-India gangster drama, Salaar, with Prabhas in Kothagudem. And it looks like Shruti is totally floored by Prabhas’ humble behaviour on sets.

In a latest interview, Shruti said that Prabhas is the only Tollywood star she had not worked with until now. “Prabhas is really warm and genuinely down-to-earth unlike most people who portray themselves to be down-to-earth. He is someone who gets along with everyone and brings good vibes on the set,” Shruti said.

Although she has not revealed anything about her role in Salaar, she said that she won’t be performing any fight sequences in the movie. “It will be a very action-packed dramatic film,” Shruti said, describing Salaar.