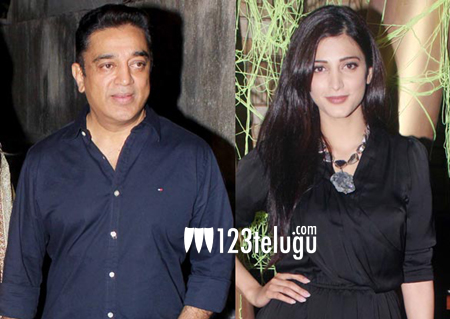 Shruti Haasan has been busy shooting for Mahesh Babu’s Srimanthudu, Vijay’s Puli and a couple of Bollywood films. The actress was also seen promoting extensively for her latest Bollywood film, Gabbar is Back. The film is continuing its solid run at the box-office and Shruti is highly elated with its success.

In one of the promotional interviews, Shruti spoke about the competition from her father Kamal Haasan’s Uttam Villain, which also released on the same date. Praising her father’s passion and commitment towards innovative cinema, Shruti said that her father never backs off from different and experimental films.

Incidentally, Uttama Villain was released to mixed reviews and even the film’s box-office performance has been average.