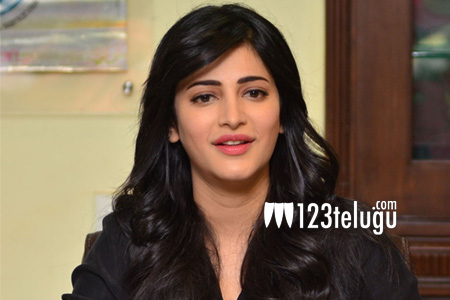 Ajith is one of the biggest stars in Tamil cinema and the list of his admirers, even among his peers, runs quite long. And once such star is Shruti Haasan!

In a recent interaction with the media, Shruti Haasan raved about Ajith saying, “He’s a gentleman and one of the nicest people I’ve worked with. I’m thrilled that my sister Akshara is working with him in Vivegam and I’m sure it’ll be a memorable experience for her.”

In the past Ajith and Shruti had worked together in Vedhalam. Incidentally, Shruti’s upcoming Telugu film Katamarayudu is the remake of Ajith starrer Veeram. The actress is gearing up to join the sets of her upcoming period fantasy film Sangamithra in which she’s playing the central character.