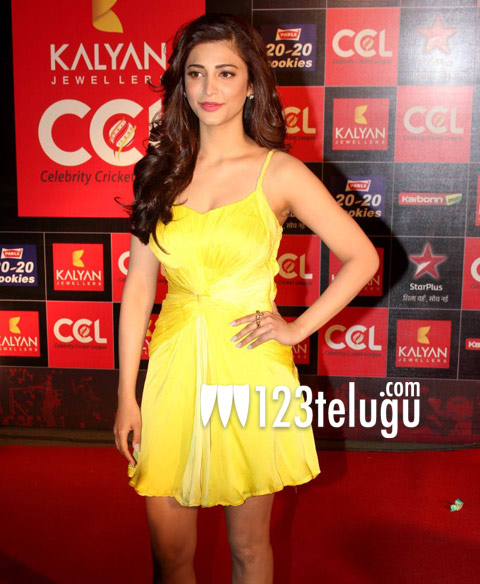 The third edition of Celebrity Cricket League seems to be getting bigger and better. Yesterday, we reported that Ram Charan is going to play for the Telugu Warriors team and the latest news is that Shruti Haasan has joined the long list of celebrities associated with the cricket tournament. Shruti has been chosen as the brand ambassador of Chennai Rhinos team.

Last year, Sameera Reddy and Amala Paul had cheered for the team and this year Shruti Haasan has come on board as their official brand ambassador.”Absolutely adore the Chennai rhinos!! Such awesome boys! Proud to be the team ambassador it’s going to be super fun!,” she posted on Twitter. The Chennai Rhinos team is being headed by Vishal. This year’s CCL will kick off in Kochi on February 9.