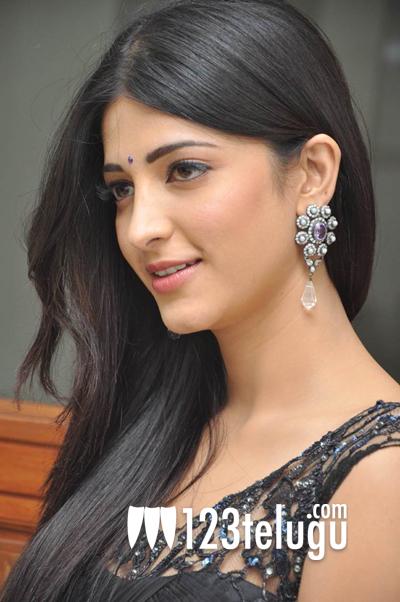 Shruti Haasan has rubbished rumours that she’s going to dance for an item number in an upcoming Telugu film. Rumours are abuzz that she had been roped in for an item song for one of the most awaited films of 2013, which is slated for release in January. Condemning these rumours, Shruti Haasan tweeted, “Sorry tweeps just a rumor I’m not doing an item song in Telugu busy shooting non stop and looking forward to start the shoot of balupu.” Currently, she’s shooting for the Hindi remake of Nuvvu Vasthanante Nenu Vaddhantana near Pune. Prabhu Deva is directing this remake and Girish Taurani is playing the lead role. Her upcoming Telugu film Balupu will go on floors later this year. In Balupu, she’s paired up with Ravi Teja and Gopichand Malineni is going to direct the film. Shruti Haasan is very excited about her role in Balupu since it’s the first time she’s going to do a characters which has scope for comedy.