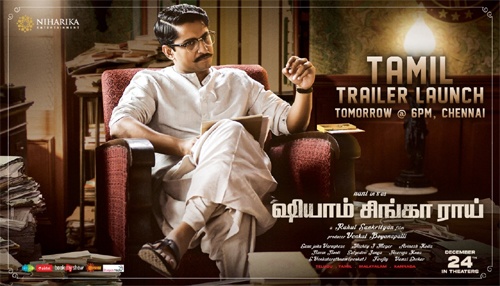 Shyam Singha Roy is Nani’s biggest film to date. So, for this reason, he is leaving no stone unturned to make it a big hit.

The film is also releasing in Tamil and the latest update is that the Tamil trailer will be launched at the iconic Satyam cinemas in Chennai tomorrow.

Nani and the entire team will be attending the event. Nani has a decent following and as the film also has Sai Pallavi, there is a good craze in Tamil. The film releases on the 24th of this month.