Siddharth and Trisha to team up for hit Bollywood thriller’s remake
Published on Apr 20, 2019 10:00 pm IST 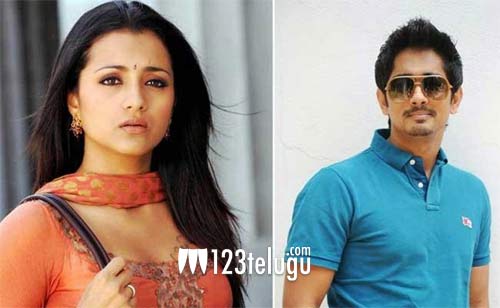 In December last year, hero Siddharth had asked his fans if he should star in the hit Hindi thriller Andhadhun’s Tamil remake. While his fans were positive, Ayushmann Khurrana, the Bollywood star who played the main lead in the movie, had encouraged Sid to go ahead with the remake.

And now, the latest update is that Siddharth and star heroine Trisha will be seen in Andhadhun’s remake. Apparently, Trisha will be reprising Radhika Apte’s role from the original version. This will be the fourth time that Sid and Trisha will be sharing screen space with each other, after Yuva, Nuvvosthanante Nenoddontana and Aaranmanai 2.