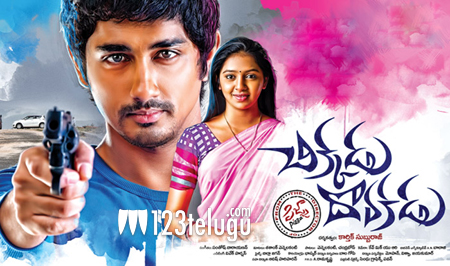 Young hero Siddharth is an angry man these days. The cause of his anger is the delay in the release of his Tamil film Jigarthanda. The Karthik Subbaraj directed film was supposed to hit the screen on the 25th of this month, but the producer Kathiresan has been postponed it to a further date.

What irked Siddharth more is that this delay was not even informed to him or his director. An upset Siddharth took to networking site and showed his anger by posting a series of tweets. This film is being dubbed in Telugu as Chikkadu Dorakadu and has the beautiful Laxmi Menon in lead roles. We bring some of Siddharth’s tweets just for you.. 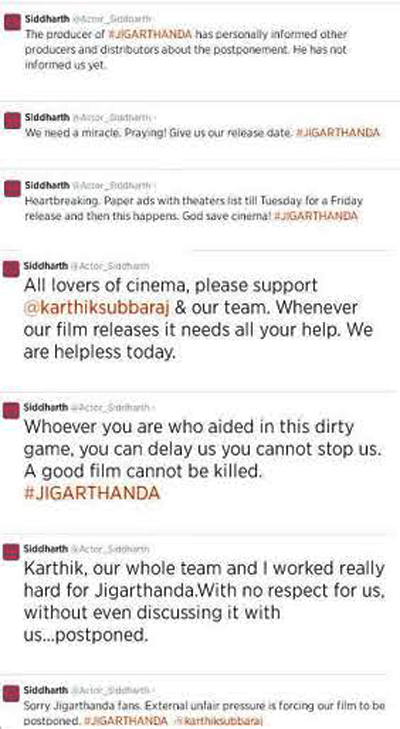