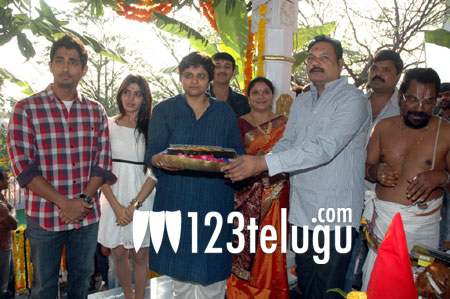 Siddharth and Samantha have been going gaga about Nandini Reddy, who’s directing their upcoming film. The film went on floors a week ago and since then both Siddharth and Samantha have been tweeting about how much fun it is shooting for the film. “So much positivity on nandinis set…love it… So we ve already won ai panda (Nandini),” Samantha posted on Twitter few days ago. In turn, Siddharth had this to say about Nandini Reddy, “Having a blast on Nandini Reddy’s set! Mad energy is how I describe the lady…new beginnings:).” The film’s first schedule was wrapped up earlier today. Thaman is composing the music and Bellamkonda Suresh is producing the film. This untitled film is touted to be a sensitive love story with ample dose of comedy.