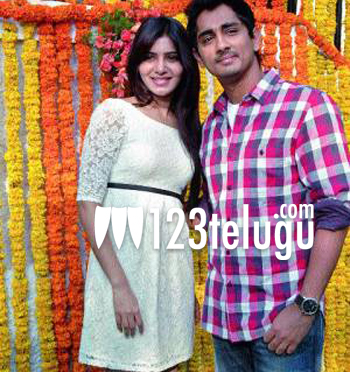 The theatrical release of Siddharth, Samantha’s upcoming film has been pushed to early 2013. Nandini Reddy has directed the film and Bellamkonda Suresh has produced it. The film’s principal shooting has already been wrapped up except for a song and it was being planned for release in the second half of December. While the official reasons behind the delay are not yet clear, it’s evident the decision has been taken in the wake of plenty of big starrers lined up for releasing from December 21 to January 13. Nithya Menen has played an important role in this romantic entertainer. Thaman has scored the music. Apart from this film, couple of other Siddharth’s films including a Tamil directed by Manigandan and David Dhawan’s Chashme Baddoor are also going to release in the first quarter of 2013. It looks like Siddharth will begin 2013 with a lot of excitement before moving to films under his home production banner Etaki Entertainments.