Siddhu Jonnalagadda’s new film to be shot entirely in the US
Published on Feb 6, 2021 9:09 pm IST 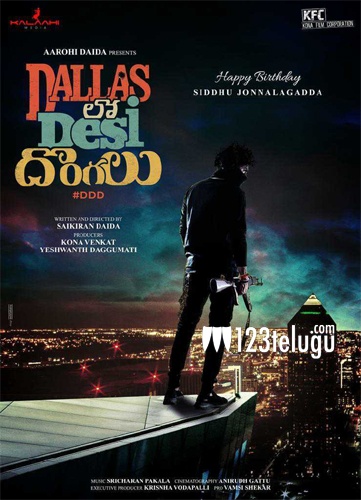 Siddhu Jonnalagadda is a talented hero who is doing some really different films in his career. He will now be joining hands with director Saikiran Daida for a crime comedy film titled Dallas Lo Desi Dongalu.

Kona Venkat in association with Yeshwanth Daggumati will be producing the film under Kona Film Corporation and Kalaahi Media banners. The title poster was revealed on the occasion of hero Siddhu Jonnalagadda’s birthday.

Set in a bank robbery backdrop with a love story, the film will completely be shot in Dallas, USA. The regular shoot of DDD commences in May. Sricharan Pakala will score music for the film.