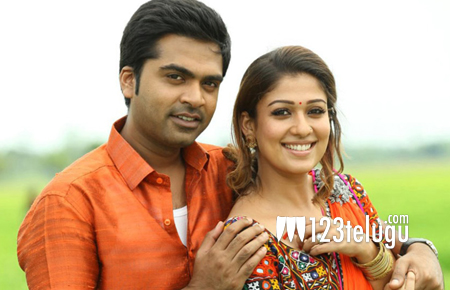 It is a known fact that Nayanthara and Simbu share a very close bond. But recent reports suggest that all is not well between the close friends as Simbu had registered a complaint against Nayanthara in the producers council for not allotting dates to shoot for two songs in their upcoming film Idhu Namma Aalu.

Denying all these rumours, Simbu revealed that it was his father who approached the council to help them reach Nayanthara and ask her for her dates. Revealing further Simbu said that Nayan is one of her closest friends and all these reports are just baseless. Simbu is on a high as his last film Vaalu is faring well in Tamil Nadu