Simbu urges fans to not get emotional about his film’s release
Published on Nov 15, 2018 1:21 am IST 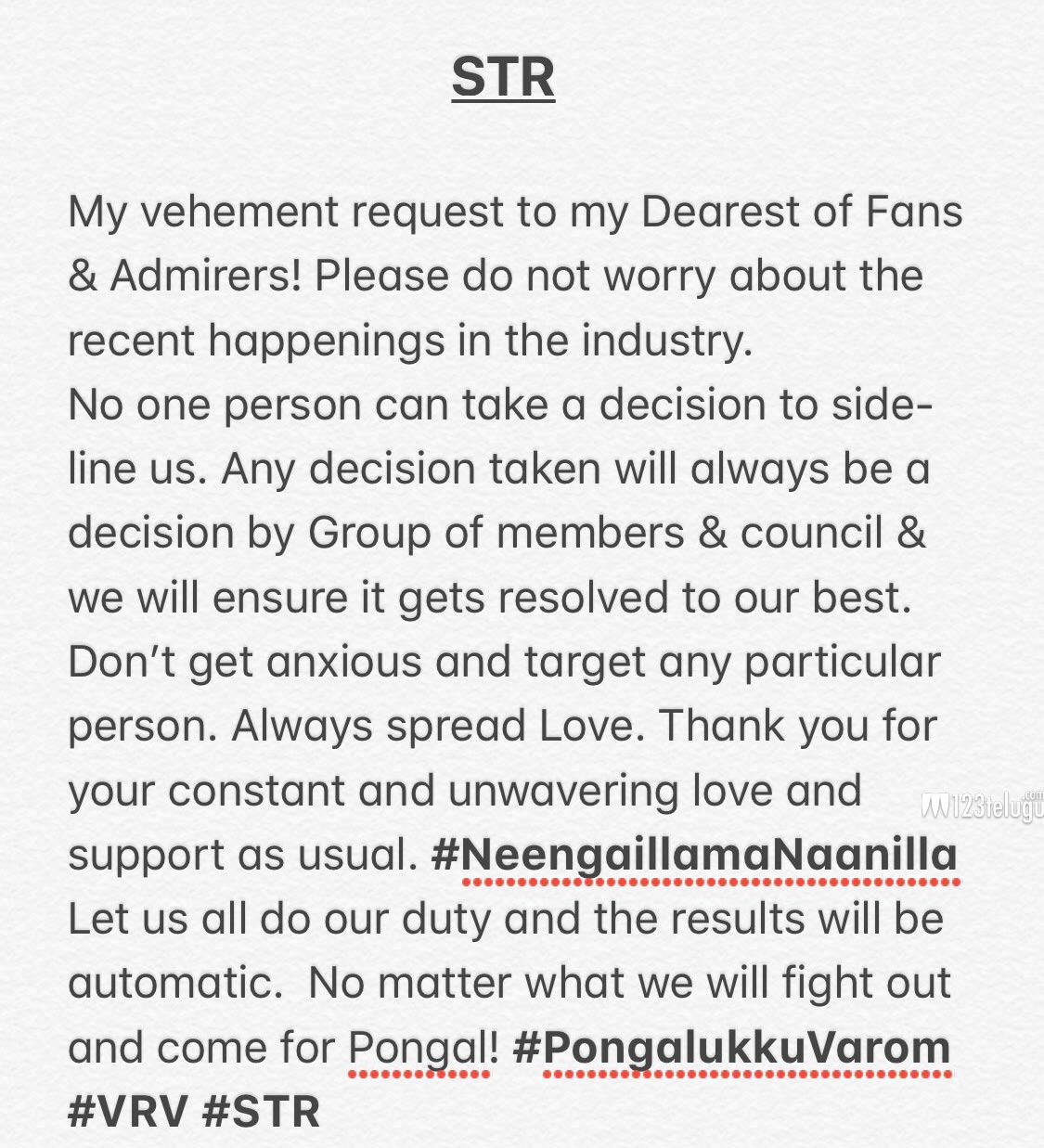 For the past few days, there have been strong rumours that a section of people within the Tamil film industry is plotting against Simbu’s upcoming film, Vandhaa Rajavaathaan Varuven, to make sure that it doesn’t release for Pongal, 2019. This, in turn, led a lot of fans to lose their cool and abuse a bunch of members from the producers council and actors as well.

In an attempt to pacify his fans, Simbu released an official statement urging his fans to not get too emotional about his film’s release. “No one person can take a decision to sideline us. Any decision will always be a decision taken by a group of council members and we will ensure that it gets resolved to our best. No matter what, we will fight and come for Pongal,” Simbu stated.

Directed by Sundar C, the film is the Tamil remake of Attharintiki Daredhi. Megha Akash and Catherine Tresa have also played lead roles in this family drama.