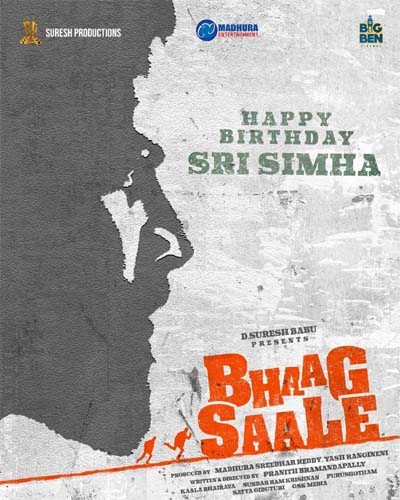 Keeravani’s son, Simha Koduri is slowly but steadily making his presence felt in the industry. He has already shot for his second film Tellavarithe Guruvaram and now has announced his third film in a big production house.

Presented by Producer Suresh Babu, the film is being produced by Madhura Sridhar Reddy and Yash Rangineni in association with Big Ben Cinemas and Madhura Entertainment.

Titled Bhaag Saale, a new director Praneeth Bramandapalli is making this film. The unit released the title and first look on the occasion of Sri Simha’s birthday. Keeravani’s son Kalabhairava is composing the music for the film.