Singeetham getting ready with another experimental film
Published on Sep 15, 2013 12:11 pm IST 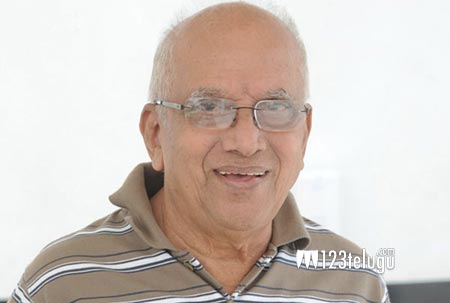 Singeetham Sreenivas Rao is the most versatile director who has directed films in several genres till date and makes sure that there is some unique concept in his every film. He is now aged 82 but feels that age is just a number and is constantly seen working actively even today. He is gearing up for the release of his film “Welcome Obama” which is creating curiosity for its unconventional title. He has also composed the music for the film and the heroine of the film Ragini penned the dialogues.

He is now busy working on his next project which is an experiment nobody in the film fraternity around the globe has ever done. For the first time ever he is going to direct a pre-recorded movie in which recording, re-recording and dubbing will be completed first and is then followed by the shooting of the film. We will have to wait and see how far he can succeed in his experiment.