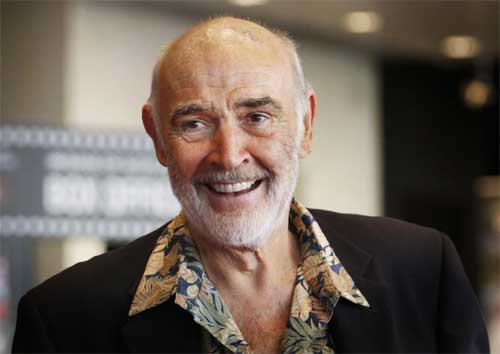 In a major loss to the world of cinema, legendary Scottish-Hollywood actor Sir Sean Connery breathed his last during his sleep overnight in Bahamas. Sean was 90 and he had been unwell for quite some time.

Sean Connery was best known as the first actor to portray the iconic secret agent James Bond and immortalising the suave and charismatic ‘licensed-to-kill spy 007′ in the acclaimed spy thriller franchise, starting with Dr. No in 1960 and until Never Say Never Again in 1983. His Iconic dialogue “Bond, James Bond” still reverberates in movie lovers’ hearts.

Sean won the Academy Award for Best Supporting Actor for the 1987 film, The Untouchables. He also won 3 Golden Globes and 2 BAFTA Awards. He was hailed as the best actor to have played Bond till date.

Tollywood stars Venkatesh, Rana and several others expressed their grief on the tragic passing of the legend.