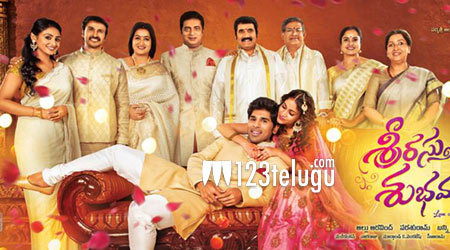 Popular for his youthful entertainers such as Yuvatha and Solo, director Parasuram is currently busy with the post-production work of his upcoming romantic family entertainer, Srirastu Subhamasthu. The film stars Allu Sirish and Lavanya Tripathi as the main leads.

Srirastu Subhamasthu’s teaser was unveiled recently and received a decent response. Expressing his happiness over the positive buzz surrounding the film, Parasuram interacted with the media and said that Sirish will be a successful hero after the release of Srirastu Subhamasthu.

The director lauded Sirish’s efforts in reinventing himself and working hard to give his best output. Parasuram also revealed that the film’s audio album, composed by SS Thaman, will be released in a couple of weeks and that the film will hit the screens in August.