Sivakarthikeyan’s Don will also release in Telugu
Published on May 10, 2022 9:17 am IST 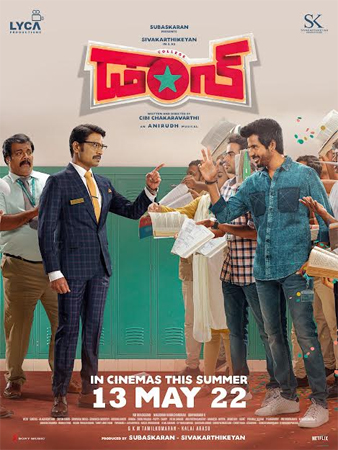 Kollywood actor Sivakarthikeyan will be seen next in Don. Scheduled to hit screens on May 13, 2022, the movie has Priyanka Mohan as the female lead.

The makers of the movie have officially announced that the movie will also be released in Telugu as ‘College Don.’ The Telugu version is also confirmed to release on the same date.

The movie has recently cleared censor formalities. Produced by Lyca Productions and Sivakarthikeyan Productions, the movie has SJ Suryah, Samuthirakani and Soori in key roles. Anirudh Ravichander has rendered the soundtracks for this movie.