Sizzling on-screen chemistry between Akhil and Pooja
Published on Jan 24, 2020 3:00 am IST 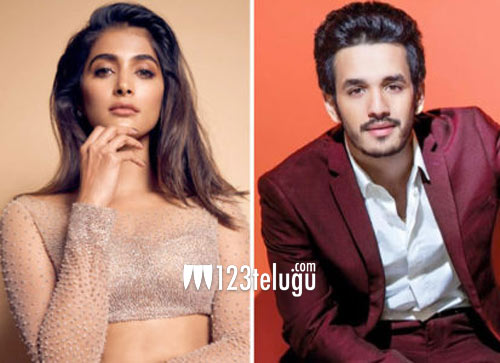 Young stars Akhil and Pooja Hegde will next be seen in a romantic entertainer. This as-yet-untitled movie is being directed by Bommarillu Bhaskar. The entire shooting part of this much-awaited film has been wrapped recently, except for a minor patchwork.

As per the latest updates, Bhaskar had shot some crucial love scenes and a breezy romantic song featuring both Akhil and Pooja in the last schedule. Apparently, the sizzling on-screen chemistry between Akhil and Pooja will be something to watch out for when the film hits screens later this summer.

This film is being produced by Bunny Vas under GA2 Movies banner and Allu Aravind’s presentation. Akhil is determined to score the much-needed blockbuster with this film.