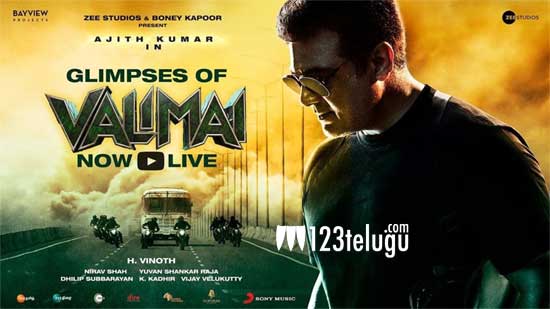 Valimai’s glimpse starts off with the quote “Power, Boundless Power…This is what is needed now”, followed by the bike stunts. Ajith, who is a bike racer himself, is also seen performing some terrific stunts on the two-wheeler. His dialogue towards the end, “This could be something big” is perfectly apt for the glimpse. Yuvan Shankar Raja’s pulsating background score and Nirav Shah’s slick visuals are the major highlights of the glimpse.

The battle between Ajith and Tollywood hero Kartikeya, who is essaying a negative role, is something to watch out for in this H Vinoth directorial. Produced by Boney Kapoor in association with Zee Studios, Valimai is slated for release during the Pongal festive season in January next year.