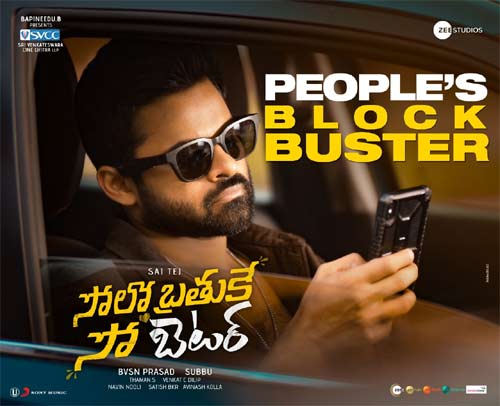 In an impressive feat, Sai Tej and Nabha Natesh’s romantic entertainer, Solo Brathuke So Better, has surpassed the opening weekend box-office collections of the Hollywood superhero movie, Wonder Woman 1984. Both the movies released on December 25 as a Christmas treat for movie lovers.

SBSB’s success only reiterates the fact that it’s always the content that matters to pull the audience to theaters. The film’s success will give strength to a handful of movies that are gearing up for release during the Sankranthi festive season.