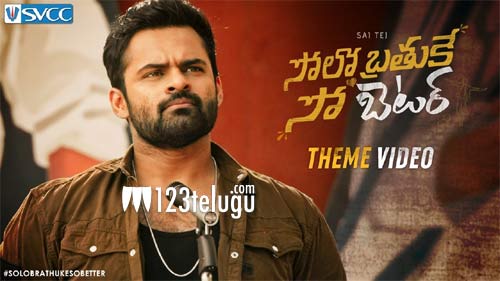 Sai Dharam Tej is in super form post the success of his latest film Pratiroju Pandage. He is now working on a film called Solo Bratuke So Better whose theme video was launched today.

The theme video has been made so nicely that it hits you right away. Sai is seen as this ultimate bachelor who loves freedom in life. He is shown with a book called Solo Bratuke So Better which gives an idea that the film will be all about singlehood.

Tej’s screen presence and the manner in which the young director Subbu has set up things nicely for the audience to understand the theme is so good and has created an instant high for the film.