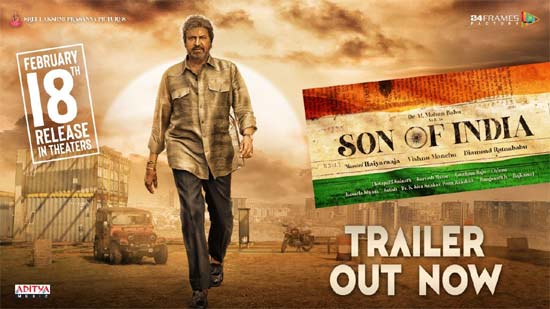 It is a known fact that Mohan Babu is doing a film called Son of India. Writer Diamond Ratna Babu is directing this film and the shoot has been completed long back.

The trailer is out now and showcases Mohan Babu in a dynamic manner. The legendary actor is on a special mission and there is a revenge angle hidden in the story.

Though nothing much is revealed about the plot, Mohan Babu is a man with a proper flashback. The film looks like a crime thriller and has some good visuals as well.

Vishnu Manchu produces this film which also has Srikanth and Pragya Jaiswal in key roles. The film will be out on February 18th.