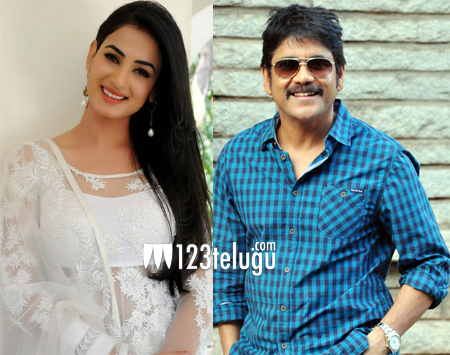 We had already reported that Akkineni Nagarjuna will next be seen in the direction of debutante Kalyan. Nagarjuna will be seen in a double role in this film, and for one of these roles, he will be paired up with Ramya Krishna.

Tamanna was expected to play the other female lead but now, news making the rounds is that Legend fame Sonal Chauhan might replace Tamanna. Sonal has impressed one and all with her glamorous performance in Legend. However, we are waiting for an official announcement regarding the same.