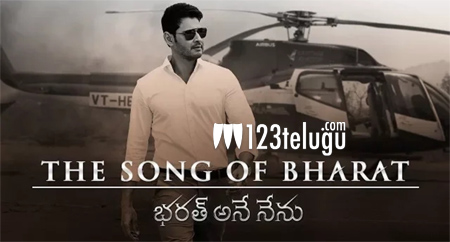 Within just hours of the song being released, the first song from Bharath Ane Nenu, the song of Bharath has become a rage all over already. The song has clocked one million digital views online which is a great thing for an audio song.

This shows how the fans have appreciated the song. DSP has churned out an emotional number and fans are just loving the intense song which has been made in a peppy manner.

The stage is set for the mega release of the film and the concentration has shifted towards the audio launch which will be held soon.