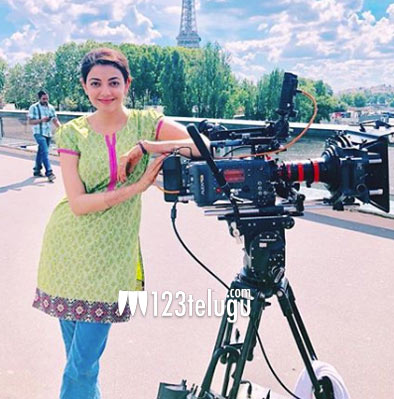 After the success of Bhaagamathie and Mahanati earlier this year, there are going to be a handful of female-centric films, including the remake of Kangana Ranaut’s Queen, that are expected to make a big splash later this year. While the Telugu version, titled That Is Mahalakshmi, stars Tamannaah, the Tamil version has Kajal, Manjima Mohan is playing this role in Malayalam, and Parul Yadav will be seen reprising the role in Kannada.

Since the production house has been planning to release all the four versions simultaneously, it was quite a herculean task to ensure that the dates of all the top stars matched with others. That is also one of the reasons behind the film’s delay earlier this year, apart from a change in the creative team. When Neelakanta opted out of the Telugu version, the producers finally roped in Prashanth Varma to direct the Telugu version couple of months ago.

Recently, Tamannaah and Kajal were in Athens to shoot their respective portions in the remake, and now, all the four actresses have reunited in Paris for major schedule. With this, most part of the film will be wrapped up. Buzz is that the makers are planning to shoot a song in this schedule and it could be a major highlight in the film. More details are awaited.

Doing the thing I love in the city I love 💕 #ParisParis