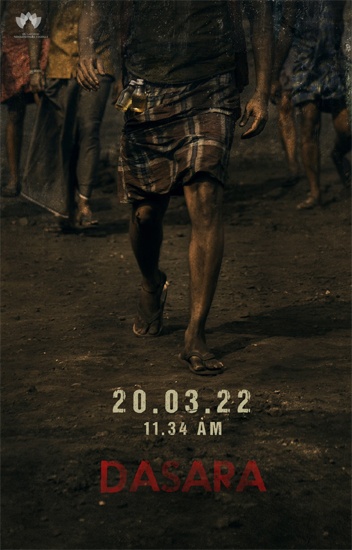 It is a known fact that Nani has teamed up with a first-time director named Srikanth Odela for a big film titled Dasara. The film was also launched sometime back.

Now the latest news is that the teaser of the film will be out tomorrow morning at 11.30 am. Nani will be seen in a mass avatar for the very first time.

Sudhakar Cherukuri is mounting Dasara prestigiously on a lavish budget. For the first time in his career, Nani will be seen in a Telangana-based local character.