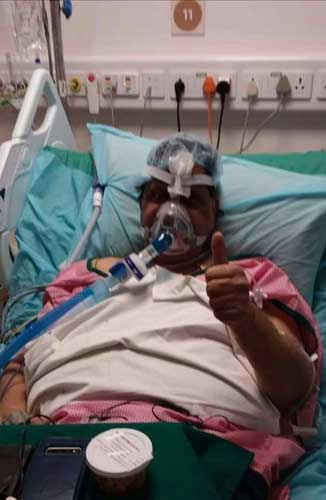 Fans and music lovers were deeply worried when reports of legendary playback singer SP Balasubramaniam’s health deterioration made headlines this evening. According to the health bulletin released by the MGM Healthcare authorities, SPB has been kept on life support since last night.

But here’s some relieving news straight from Balu’s family members. SPB’s son SP Charan interacted with the Tamil media just a while ago and confirmed that his father is stable and recovering. Even the veteran singer’s sister SP Vasantha released an audio message to the media in which she thanked all the fans for their prayers and best wishes and expressed confidence that her brother will be back to normal soon.

A photograph of SPB giving a thumbs up from the hospital this evening has been released and it’s going viral on social media.