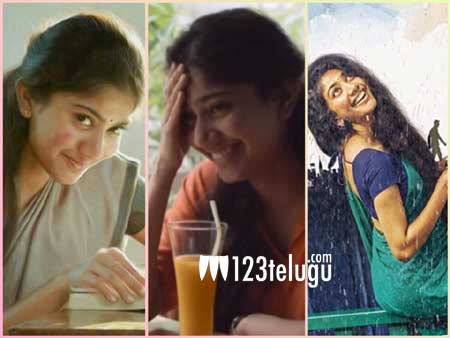 For Telugu people, Bapu bomma is the first phrase that comes to mind to describe a beautiful lady. Bapu was a legend in painting his women beautifully both on canvas and on cinema screens. Sekhar Kammula in this generation may or may not be great at painting women on canvas but he is next only to Bapu to paint them so beautifully on cinema screen and contemporarily too suiting the tastes of the generation.

His heroines are beautiful and sensuous, not sexy, not hot but sensuous- way within the limits of the censor board and the ones that a complete family can walk into a theater and look at without feeling any discomfort. And to make it more beautiful and appealing, he gives his heroines a strong character. One can easily say that neither Kamalini nor Tamannah nor Richa got such strong characters in any of their other movies.

Everyone who has seen Sekhar’s movies know that he loves certain things about his heroines. The one who can look sensuous but not vulgar in a saree. After 6 movies or so he gets a heroine who can fit in the shoes of his ideal heroine. She is Premam fame Sai Pallavi a.k.a Malar.

She is everything Sekhar’s heroine ever aspired to be on paper and more. She not only suited the role written for her, she performed too. In a scene, written for her sister wherein after marriage the bride is pulled away from the father, Sai Pallavi steals the limelight from everyone else by one of the finest subtle performances. That is the sign of a true performer.

One more reason why Sai Pallavi needs to be applauded is because for the first time (Ignoring Dollar Dreams) a Sekhar Kammula heroine does not borrow Sunitha’s voice.

Besides acting and dialogues, Sai Pallavi also scores high on being the quintessential sensuous heroine of Sekhar. She is beautiful, elegant and looked like a moving poetry in the movie. She did not just become Bhanumathi. She owned up to the role. Now one cannot imagine anyone except her in that role and any actress going to act in Sekhar’s movie here on is going to have a tough time being Sekhar’s heroine. In the same way, any other director is going to have a tough time writing a role for Sai Pallavi that can out match Bhanumathi.