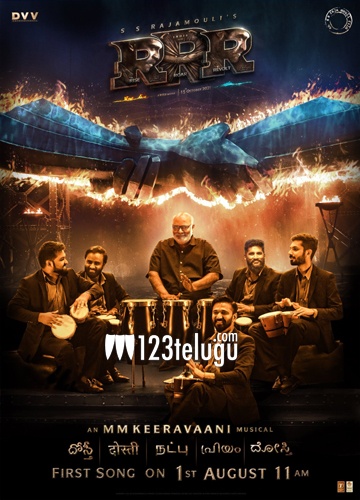 Now that RRR is on track to hit the screens on the 13th of October in a big way, the makers have decided to start the promotions in a big way.

The latest announcement from the team is that the first number from the film will be out on the 1st of August. The top five singers across the country will be joining hands for this special friendship number.

Keeravani has already composed this song and its promotional video is being shot as we speak. This song is called Dosti and will be a special attraction in the film.