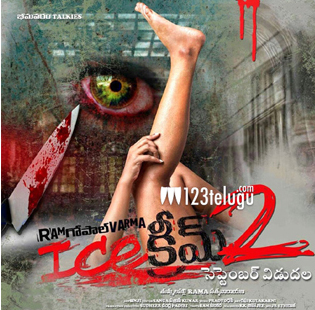 Sometime back, we had already reported that RGV is making a sequel to his recently released ‘Ice Cream’. Latest update is that the film’s shooting has been wrapped up, and the makers are planning for an innovative music launch. According to the latest update, the audio will be launched on September 21st in Hailand theme park in Vijayawada.

Ice Cream series was made with a new concept called ‘New Telugu Film Industry’, through which artists and technicians who work for the film will be given the shares in profit rather than the remuneration. J.D.Chakravarthi, Naveena, Tanikella Bharani, Jeeva, Nandu, Bhoopal, Siddhu, Dhanraj play the lead roles in this movie produced by Tummalapalli Rama Satyanarayana.