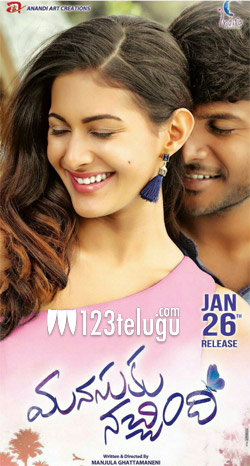 Sundeep Kishan’s latest film, Manasuku Nacchindi is nearing its completion soon. The film will now release on the 26th of January and the latest we hear is that the team is planning some special promotions for the same.

The film is directed by Manjula Ghattamaneni and has music by Radhan. Sundeep will be seen as a lover boy in this film which has Amyra Dastur as the female lead.

Sundeep has pinned a lot of hopes on this project and this film needs to be a hit to bring him back in the game.