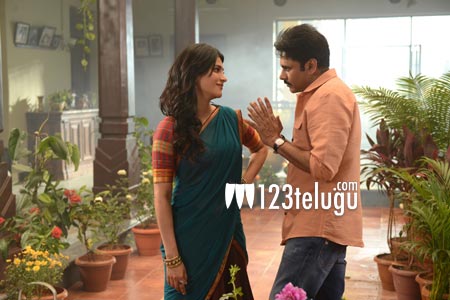 Now that the new year and Sankranthi festival are coming near, various filmmakers are releasing the first look posters or the trailers of their film. The latest one to do so are the makers of Katama Rayudu.

Today evening, a special poster of the film will be released at 5 pm. Sharath Marar is the producer of this film which is in its third schedule currently. Pawan Kalyan plays the main lead in this film whose teaser will be revealed on the new year’s eve.

Directed by Dolly, this film has Shruthi Haasan as the female lead.