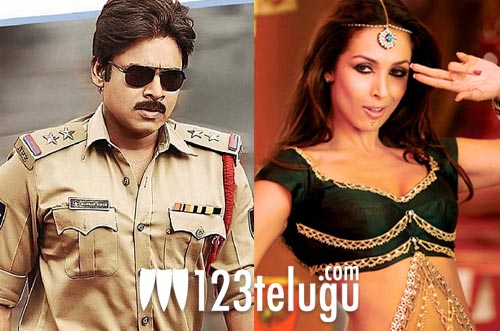 Power Star Pawan Kalyan’s masala entertainer ‘Gabbar Singh’ is currently in the final stages of shooting and the movie is going to hit the screens in May. We reported a few days ago that Bollywood siren Malaika Arora has been roped in for the item song in the film. The actress, who was paid a fancy amount for this appearance, will be seen in a hugely entertaining item song in the film.

Sources close to the project say that the item song has come out really well and that is the reason why director Harish Shankar and Producer Ganesh Babu wanted to bring in Malaika to do justice to the song. This song is expected to create a sensation with the front benchers. Shruti Haasan is the female lead in this film and Devi Sri has scored the music.