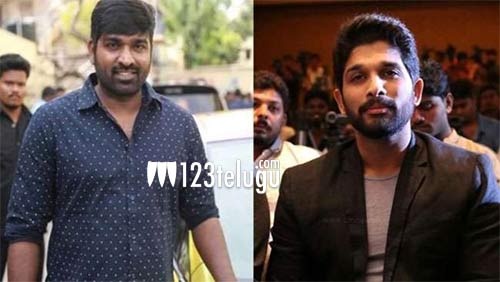 By now, things are almost confirmed that Makkal Selvan, Vijay Sethupathi is going to play the main villain in Allu Arjun’s new that is being directed by Sukumar.

The shooting of the film will start soon and there is so much news going around that Vijay Sethupathi will be seen as a forest office in the movie.

Now, there is new speculation that he will be seen as a Naxalite in the film. Though there is no confirmation, this news has caught on all over. In the coming days, we need to see as to which role will Setupathi be seen in the film.