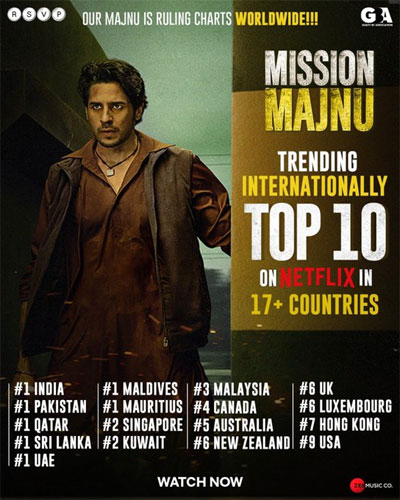 Bollywood handsome hunk Sidharth Malhotra and national crush Rashmika Mandanna starrer Mission Majnu was released directly on Netflix, skipping the theatrical release. The movie received mixed reviews from critics. It is based on true events and is about an unsung RAW agent who fought his heart out to save India from Pakistan.

The latest news is that the movie is rocking on the digital platform and is currently trending at the top position on Netflix India. Not just in India, the film is also trending in various countries and is at the fifth position in the worldwide Netflix charts. 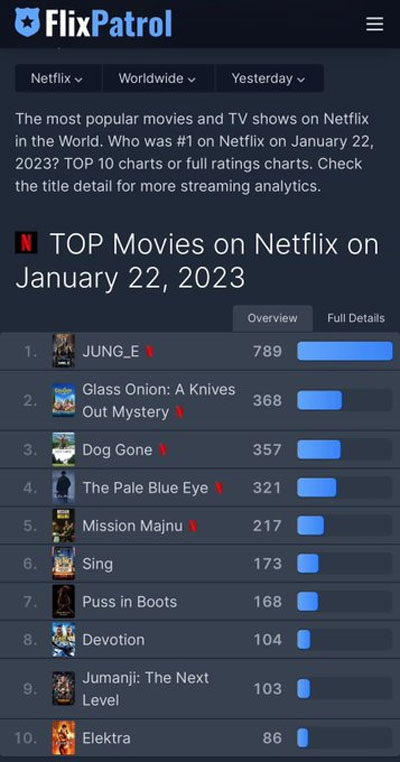