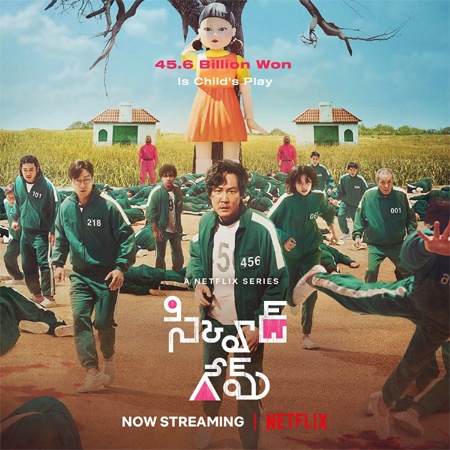 Netflix’s original, Squid Game, which was released back in September, emerged as the highest viewed series on the platform. Netflix has officially stated that season 1, which has 9 episodes, has been watched by more than 142 million households across the world.

Upon the requests of many audiences, Netflix India decided to release the series in regional languages and has released it in Telugu and Tamil also.

Post the grand success of season 1, Squid Game creator Hwang Dong-hyuk confirmed his plans to film season 2, which will go on floors soon.