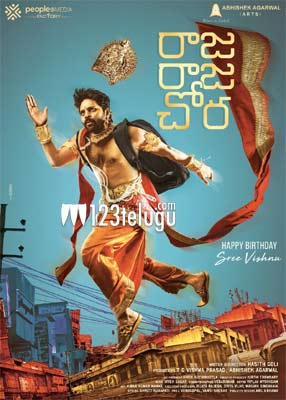 It looks like hero Sree Vishnu, who has a knack for choosing interesting subjects, is coming up with yet another unique entertainer. The title and first look poster of Sree Vishnu’s new film have been released this morning on the occasion of the actor’s birthday.

Sree Vishnu’s next film has been titled Raja Raja Chora. As the title and the first look suggest, Sree Vishnu plays a thief in the movie. Debutant Hasith Goli is directing the movie and Abhishek Agarwal Arts and People’s Media Factory banners are bankrolling the film. Kirthi Chowdary is co-producing the movie. Vivek Sagar is the film’s music composer.