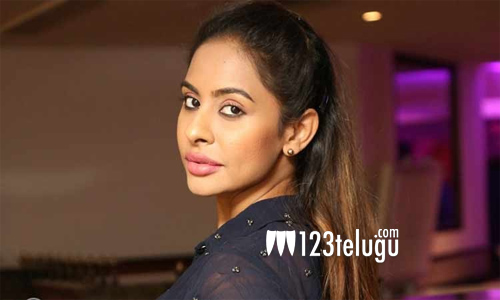 For the last couple of weeks, actress Sri Reddy has been making headlines with her allegations of casting couch Tollywood. She went on to reveal that a few directors and producers are exploiting young girls on the pretext of offering acting jobs in their movies. In one of the TV debates, Sri Reddy even threatened to strip on the roads if the film industry fails to react to the plight of Telugu actresses in Tollywood.

This afternoon, Sri Reddy did the unthinkable. She rushed to the Film Chamber at Film Nagar and stripped her clothes in full public view. Talking to the media, Sri Reddy demanded that the Movie Artiste’s Association (MAA) should immediately approve her membership and that film industry must encourage more Telugu actresses. The Banjara Hills police later took her into custody for creating nuisance in the public.