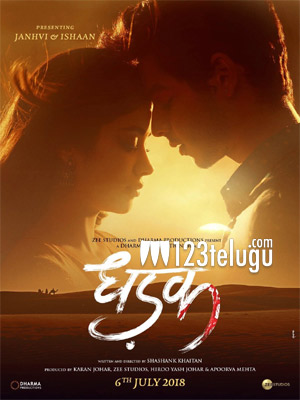 The moment is finally here as the lovely daughter of star heroine Sridevi, Janhvi Kapoor has finally donned the makeup for her debut film. From the past few months, there have been several reports that mega-producer Karan Johar will soon launch Janhvi.

The film is directed by Sashankh Khaitan and will release in July 2018. So, all the news that Janhvi will be making her debut in the south is false as of now as she will only be concentrating on her Hindi film career.