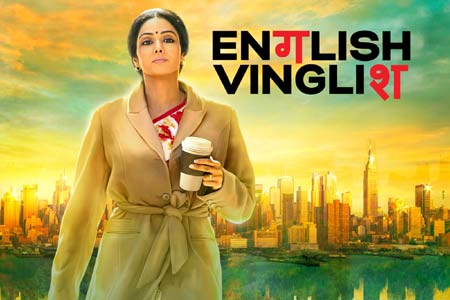 As the D-day for Sridevi’s comeback on big screen inches closer, the buzz surrounding English Vinglish is growing by leaps and bounds. The film was screened yesterday (September 14) at the ongoing prestigious Toronto International Film Festival. The first reaction after film was screened is incredible and several people who saw the film tweeted that the film got a standing ovation in the end. Sridevi, who was quite elated with the people’s reaction, tweeted, “I’m very pleased with the reaction to our film English Vinglish, thank you Toronto!” Gauri Shinde has directed the film and it was jointly produced by Sunil Lulla, R. Balki,
Rakesh Jhunjhunwala and R K Damani. The film narrates the story of a housewife who wants to learn English to impress her family. Priya Anand is playing an important role in the film and it’s her debut film in Hindi. Ajith has played a cameo in the film. Amit Trivedi is composing the music. Resul Pookutty, the Oscar Winning Sound mixer, is currently working on the final mixing. English Vinglish will release in Telugu, Tamil and Hindi on October 5.