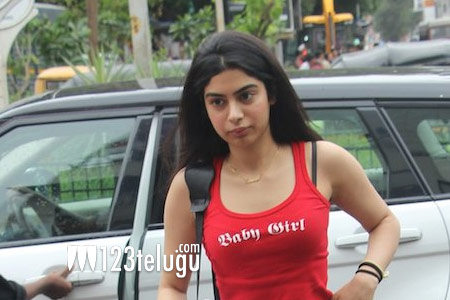 Khushi’s father and producer Boney Kapoor himself has confirmed Khushi’s Bollywood entry in a recent interview. Boney revealed that Khushi had initially planned to become a model, but has now changed her plans and decided to take up acting as a profession. However, Boney was tight-lipped about Khushi’s debut film’s details.