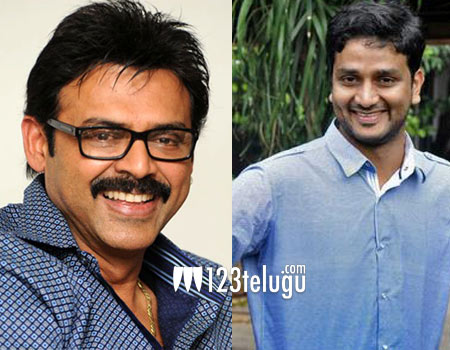 Actor turned director Srinivas Avasarala scored his second hit in the form of Jyo Achyutananda. The talented artiste is currently busy shooting for the Telugu remake of the hit Bollywood adult comedy, Hunterrr, in which he is essaying the lead role.

Soon after he wraps up Hunterrr’s remake, Srinivas will kick-start his next movie featuring Nani as the main lead. Now, the latest reports reveal that Srinivas will also be teaming up with senior star Venkatesh after Nani’s film. Apparently, this movie will be produced by Venky’s Babu Bangaram producers.